“The people at JAM Pedals seem to be very seriously re-inventing and refining many “classic” effects pedal designs. I look forward to trying more of their boxes!”

“The Waterfall introduces itself as a chorus pedal but is much more than that. I use it for rotating speaker sounds as well as for amazingly wild, wobbly pitch-shifting effects that are like nothing else out there. Very special.”

Nels Cline was shocked that he liked the Waterfall ! He hates Chorus pedals and said that we should rename it ! “Don’t call it a chorus ! “ 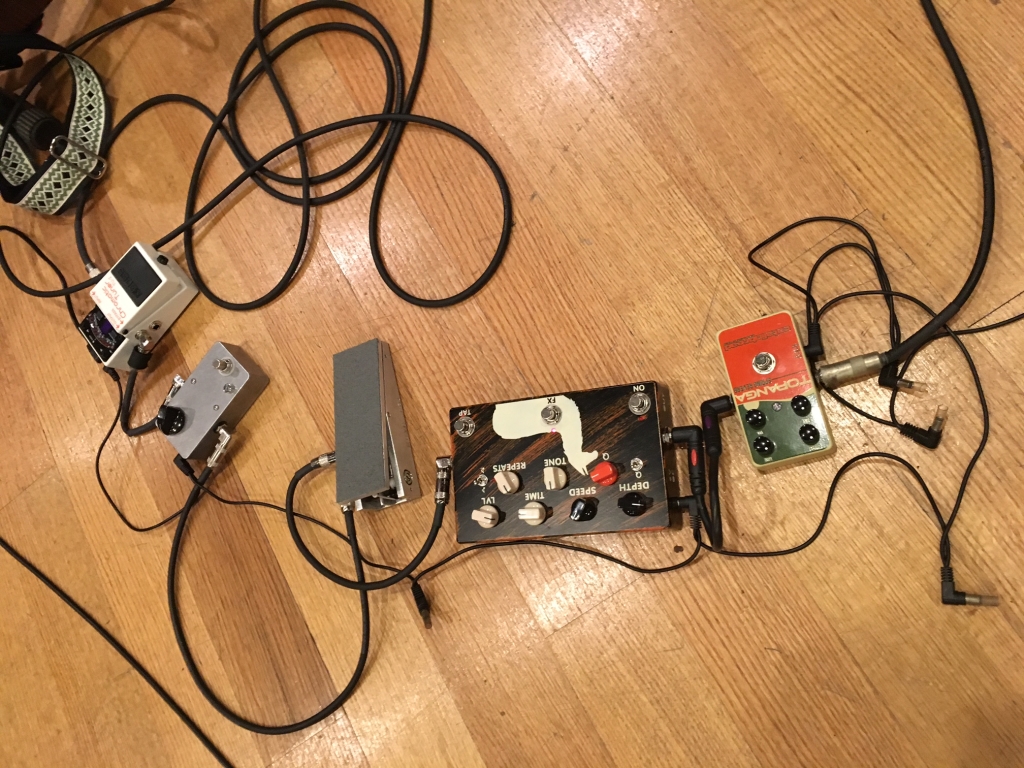 “I immediately used it (Delay Llama Supreme) on some recordings – mostly on documentary soundtracks – a few weeks ago1! It sounds really great. The pedal itself sounds warm and the extras are quite cool. Thank you so much!”

“Though still just bubbling under the large wave of boutique effects pedals, JAM pedals’ work stands out ! I am particularly fond of The Rattler, as I have been on the prowl for toneful yet high-gain distortion. There are plenty of fuzzboxes out there these days (and JAM has some good ones, too) but few distortion boxes. The Rattler has that fat, creamy sound/sustain yet doesn’t have to be turned up all the way step out when full-on raging is required !”